To this very day, many drivers still don’t know what the difference is between 4-wheel drive and All-Wheel drive transmissions. In truth, quite a few things are different between the two, and it’s important to understand how both drivetrains work, before purchasing a vehicle.

4WD and AWD are similar in one respect - they both seek to provide better traction and control while driving, but the methods of achieving that differ. Read on to learn more about the distinguishing characteristics of 4WD and AWD, so you can be better armed with accurate knowledge as a driver.

4-wheel drive tends to focus a lot on dealing with rougher types of terrain, which is why it’s such a common thing for heavy duty pickup trucks and SUVs. Outdoor types who like to get in touch with nature will surely appreciate the ability to tread off the beaten path, but they won’t get very far with a conventional car.

Therefore, they turn to 4WD vehicles, which are capable of applying greater and more precise traction on harsh surfaces. 4WD vehicles usually have a switch to change operational modes from High to Low. The former applies 4WD grip at higher speeds, while Low requires the driver to slow down, due to the increased torque on the wheels. In loose dirt, mud or rough sand, 4WD can be a life-saver.

Due to some confusion over the two, many vehicles offer a 4WD “4Auto” option, which handles things all by itself without driver intervention. The occupant can still switch to High or Low, but if left in Auto, there’s no need to worry about the potential issues and damages that can arise from putting the car in the wrong mode.

By contrast, All-Wheel drive systems do as their name implies - transmit power and traction to all four wheels at once. Most vehicles tend to come in either Front-wheel or Rear-wheel drive systems, both of which are designed for different purposes. FWD cars apply power to the front wheels where most engines tend to sit, and that combination allows for greater traction in many conditions, particularly the winter.

RWD is most commonly associated with high performance sports cars which require traction on the back wheels to achieve takeoff speed. They’re also rather lousy in the winter time, since the weight of the engine is opposite the back wheels.

By putting power to all four wheels, an AWD system can provide balanced and even traction on any surface, at any time. This is especially handy in winter conditions, particularly if the vehicle is equipped with a solid set of winter tires. AWD also comes in several variants.

Some cars have “full-time” AWD, which means the system is always on, and transmitting a certain percentage of power to the back wheels. Another AWD variant remains off most times, putting power to the front or rear wheels, depending on the car. When a loss of traction is detected, the car will initiate AWD automatically in order to compensate. Many sports cars offer this function, which is considered the “best of both worlds” by sports enthusiasts.

Another thing to consider is torque vectoring, which can apply either torque or brake power to the left and right wheels, as well as the front and back. This is especially evident when going around sharp turns, which can offset the car’s balance and grip. And finally, many Canadian drivers will note that some vehicles come with a “Snow mode,” which when activated applies constant AWD lock to the four wheels. With this setting turned on, drivers can easily escape heavy snow and other slippery conditions, due to how much torque is applied to the wheels.

WHICH SHOULD YOU BUY?

AWD vehicles are particularly alluring to Canadians, due to the harsh winter conditions. Even the mightiest of RWD drive sports cars can, and will fall victim to harsh conditions such as blizzards, and may require a tow truck if they get stuck. Some drivers try to compensate for this by weighing down the back wheels with sandbags or equivalent items in the back trunk, but it’s no guarantee.

AWD provides enormous peace of mind to the driver who hopes to get around without having to deal with the harsh realities of a massive snowfall. However, they should always pair their AWD vehicle with a good set of winter tires to achieve maximum traction and safety.

Others will prefer 4WD to get around, especially if they’re more inclined to head off the road, and onto rockier, bumpier territory. If your work dictates that you buy a truck with strong off-road capabilities, you may wish to buy a 4WD vehicle, as AWD may not cut it.

AWD is fast becoming the go-to standard for many vehicles, especially as the technology is refined on a consistent basis. Which drivetrain you decide to go with depends largely on your lifestyle and work habits, but both are great for getting around… without getting stuck.

If a 4WD or AWD vehicle is in your sights, but you’re not sure which one to go with, contact DriveAxis.ca directly, and we’ll be happy to help you decide on your next purchase. 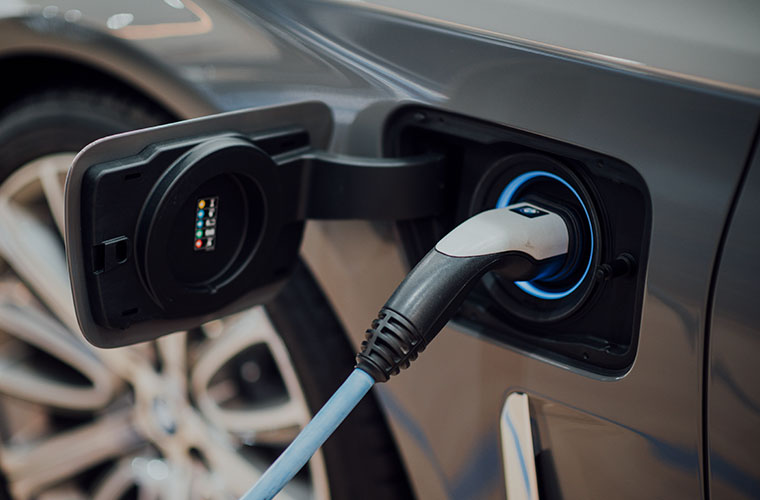 Is An Electric Vehicle Right For You?

Used Luxury Crossovers Under $25K That You Can Own Right Now