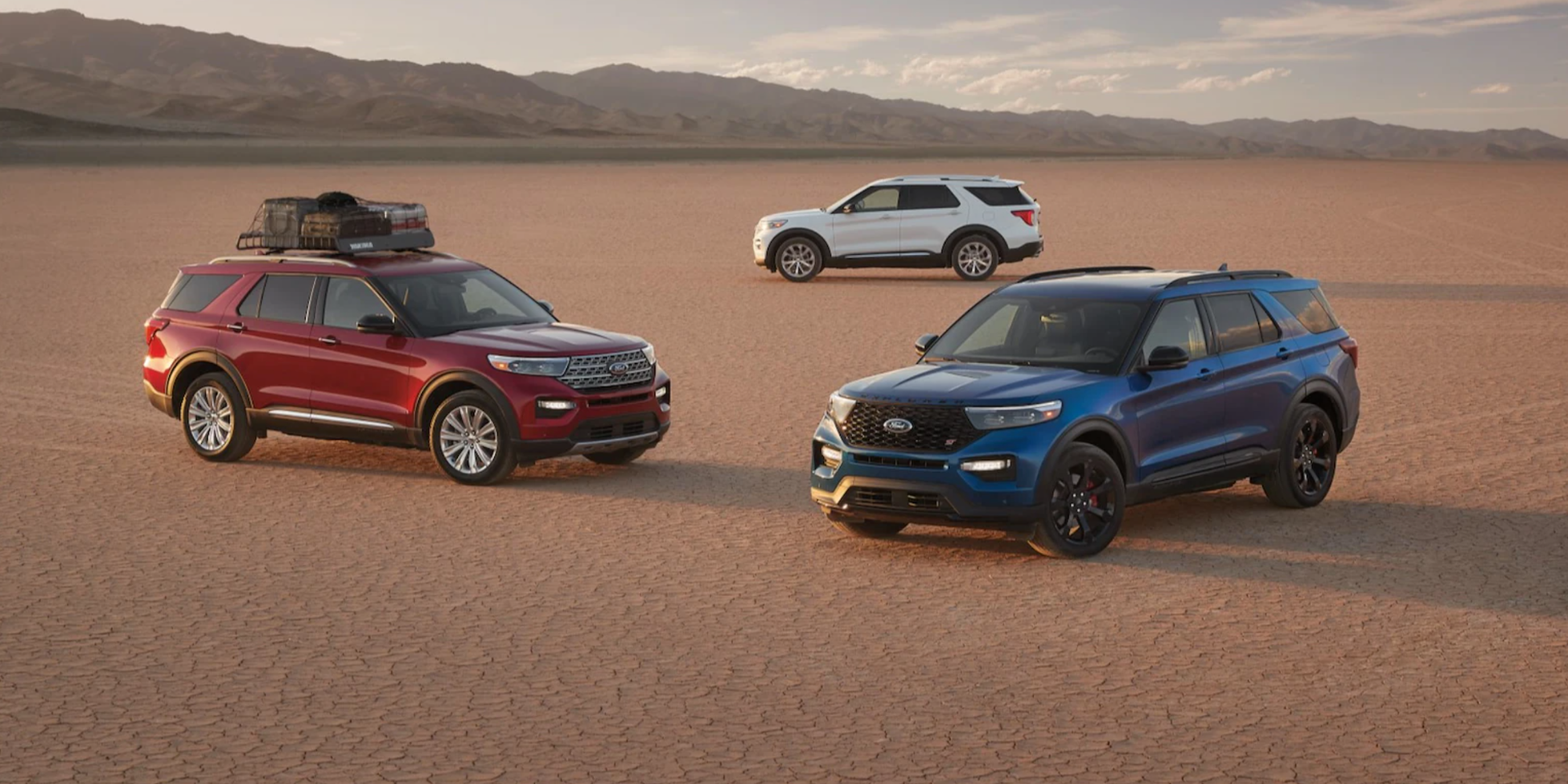 After a lengthy stretch of time selling traditional cars, Ford is making its way out of the business, and re-focusing its efforts strictly on SUV and Crossover offerings…with the Mustang in tow. This is a shock to longtime Ford customers, and it represents the shifting trend towards the SUV and Crossover market, which has quickly taken on a life of its own.

As such, Ford will be jettisoning a number of its iconic car offerings in favor of this new shift. Now is a great time to take a look at the company’s auto lineup as we move into 2023, and beyond. It’s a signal of things to come as Ford, and many other car companies start changing their approach. 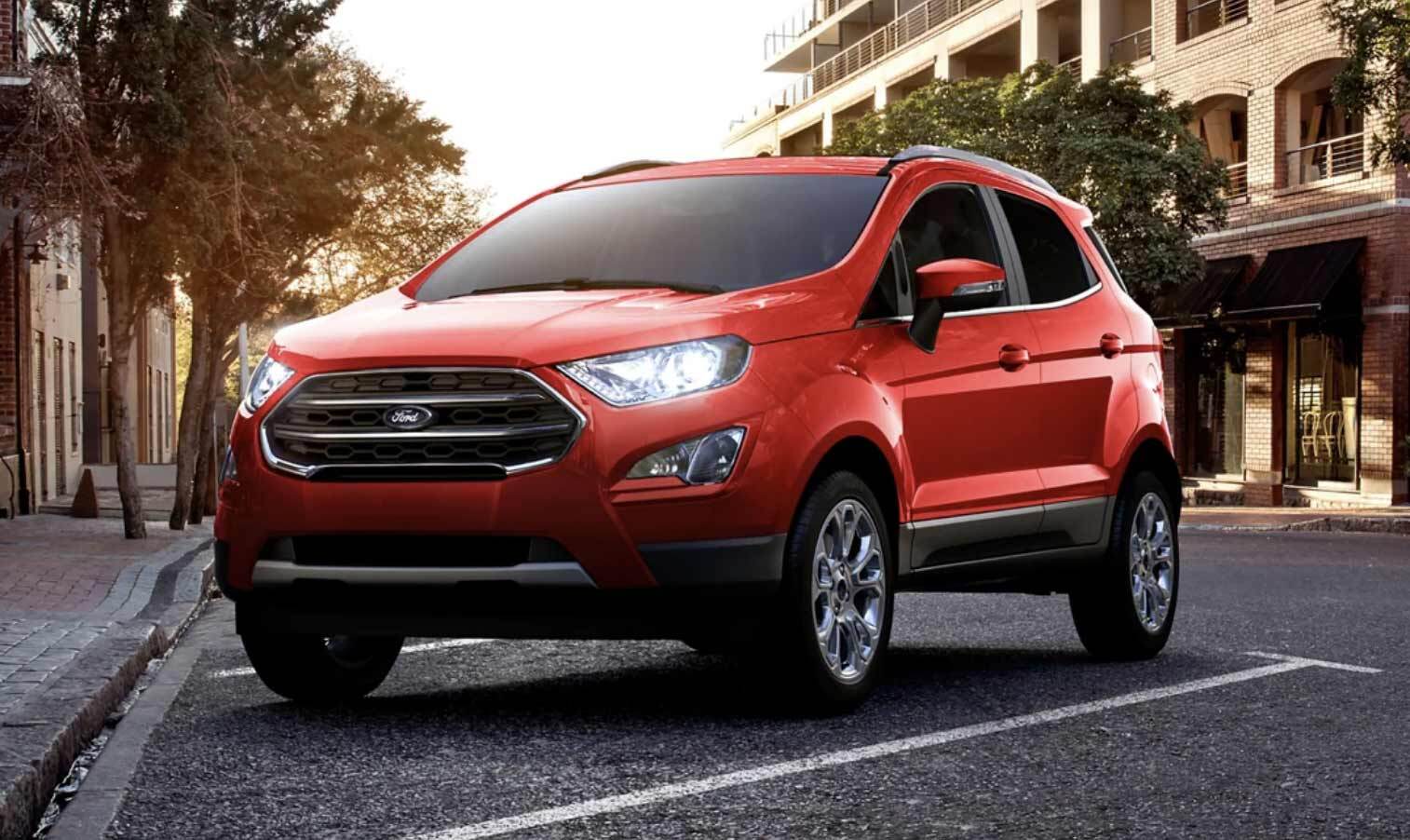 While still arguably resembling a traditional car, the Ecosport is actually a subcompact SUV meant for getting around comfortably. It won’t score high marks for performance, but that’s not the goal of this particular model. At just 123 horsepower from a 3-cylinder, 1.0 litre turbo engine, it’s meant to get from point A to point B, while offering generous space for the family, or to lug the goods around. Customers can opt for a 2.0 litre 4-cylinder engine generating 166 horsepower for some added performance if they so choose. This small SUV also offers up to 2,000 pounds of maximum towing capacity, which is more than enough for many objects.

The Ecosport also lives up to its name by offering 9.7 kilometers per litre in the city, and 12.3 kilometers per litre on the highway. Other features include intelligent 4WD to deal with rugged terrain and snow, a swing-out tailgate, and a host of Ford’s most recent technological gadgetry to complement the interior. 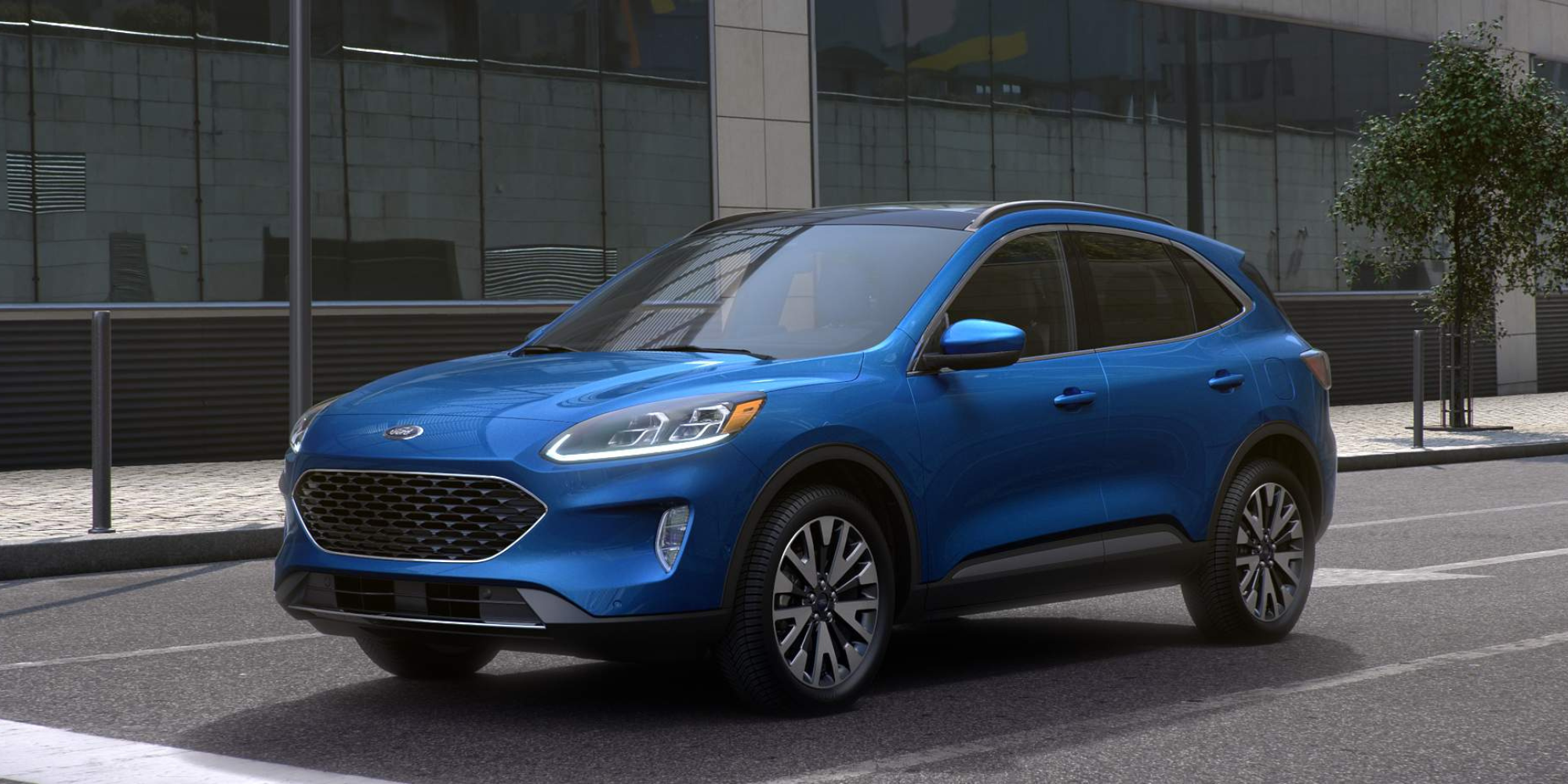 The newest Escape continues the model’s legacy with a sleeker style and a host of engine choices varying from 1.5 litre, 2.0 litre turbo and 2.5 litre Hybrid, covering all the bases. The Escape has always been a smaller SUV in Ford’s lineup, but a popular one. With 3,500 pounds of towing capacity and a ton of storage space, it’s great for families and weekend warriors out for adventure.

The Escape nets 11.9 kilometers per litre in the city and 14.4 kilometers per litre on the highway as a standard, with the Hybrid engine undoubtedly doing even better. Younger families will certainly appreciate what the 2022 Escape has to offer in terms of cost-savings and versatility, while the kids will rant and rave over the stylish exterior. 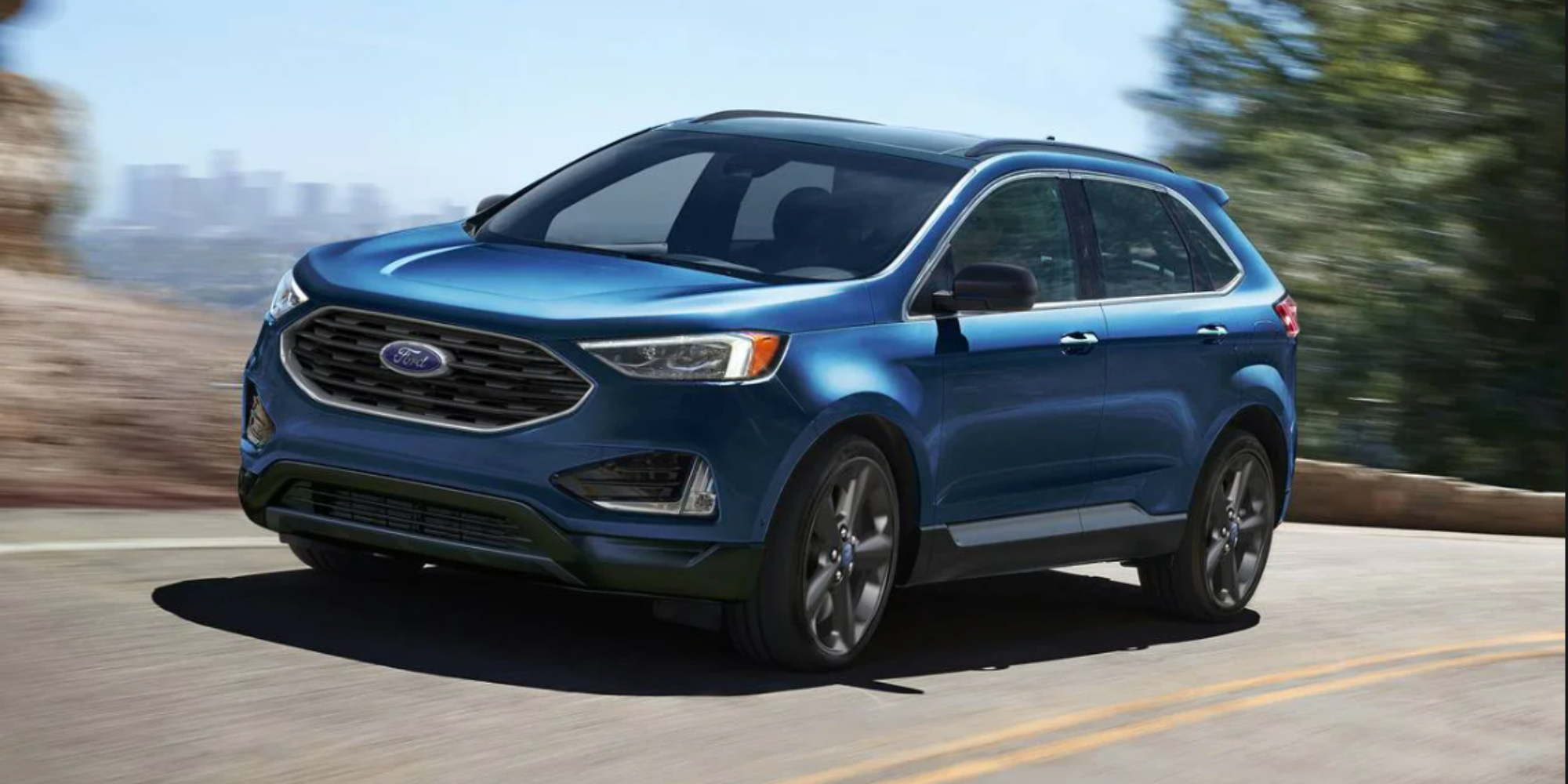 The Edge is a larger SUV that has made headway in Ford’s lineup for a while now, and the 2022 model sports some nice improvements on the predecessor. The 2.0 litre 4-cylinder engine comes standard, along with 3,500 pounds of towing capacity and a wealth of cargo space.

The Ford Edge also sports All-Wheel drive as a standard fitting, which is excellent news for consumers who need to hold their own in snow-heavy Canadian winters. There’s even an option to upgrade the Edge with a 3.7 litre twin-turbo V-6 engine that pumps out a surprising 335 horsepower with 380 pound-feet of torque, making it one serious red-light contender. 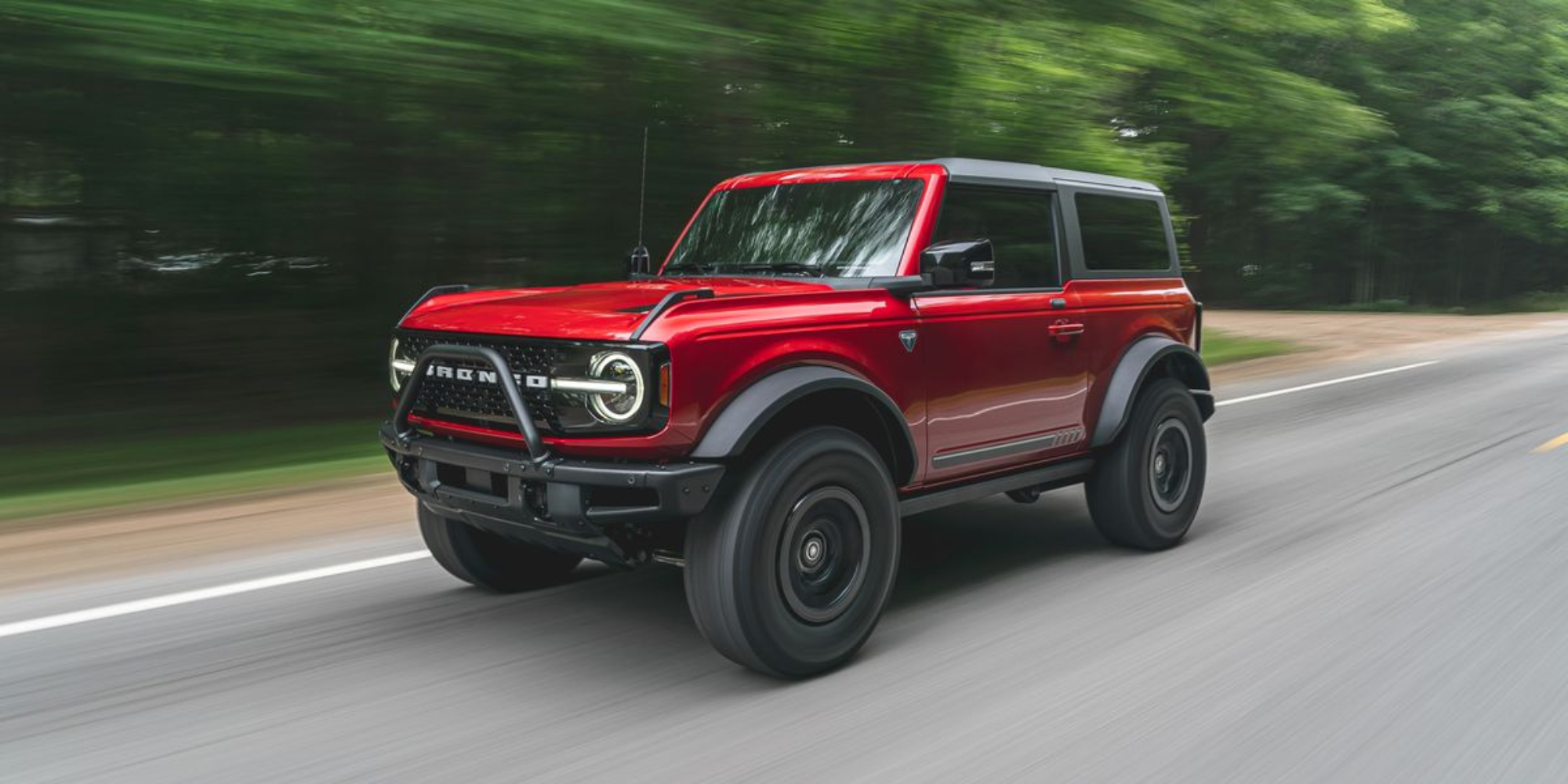 Bronco lovers may rejoice - the model has returned to Ford’s lineup after years of being mothballed, and it’s better than ever. The standard Bronco features a choice of either a turbocharged 2.3 litre 4-cylinder engine capable of generating 300 horsepower, or a twin-turbo V-6 that cranks out 330 horsepower. Both are incredible offerings for such a small SUV.

Manual fans can rest easy, too. That option is available with a 7-speed gearbox to mimic the feel of the classic Broncos of the 1980s and 90s. 4WD comes standard, which is typical of the off-roading focus of the Bronco. Other features include bead locking wheels, electronic front and rear locking differentials, and sway-bar disconnect.

This Sport version of this SUV features All-Wheel drive as standard, and comes in two engine variants. A 3-cylinder 1.5 litre engine pumps out 181 horsepower, which is surprisingly high, while a turbo 4-cylinder 2.0 litre upgrade can generate 245 horsepower.

That’s more than enough for what the Bronco was intended for - true off-roading adventure. Its 2,200 pounds of towing capacity isn’t meant to tug along large items, but it’s more than enough to handle a trailer with two dirt-bikes, or a 4-wheeler. The Badlands package features twin-clutch rear-drive units with differential locks and all-terrain tires on 17-inch rims, plus better shock absorbers and a 1.0-inch suspension lift. It also features paddle-shifters on the steering wheel, which is a bizarre, yet absolutely cool new addition for an off-road SUV. 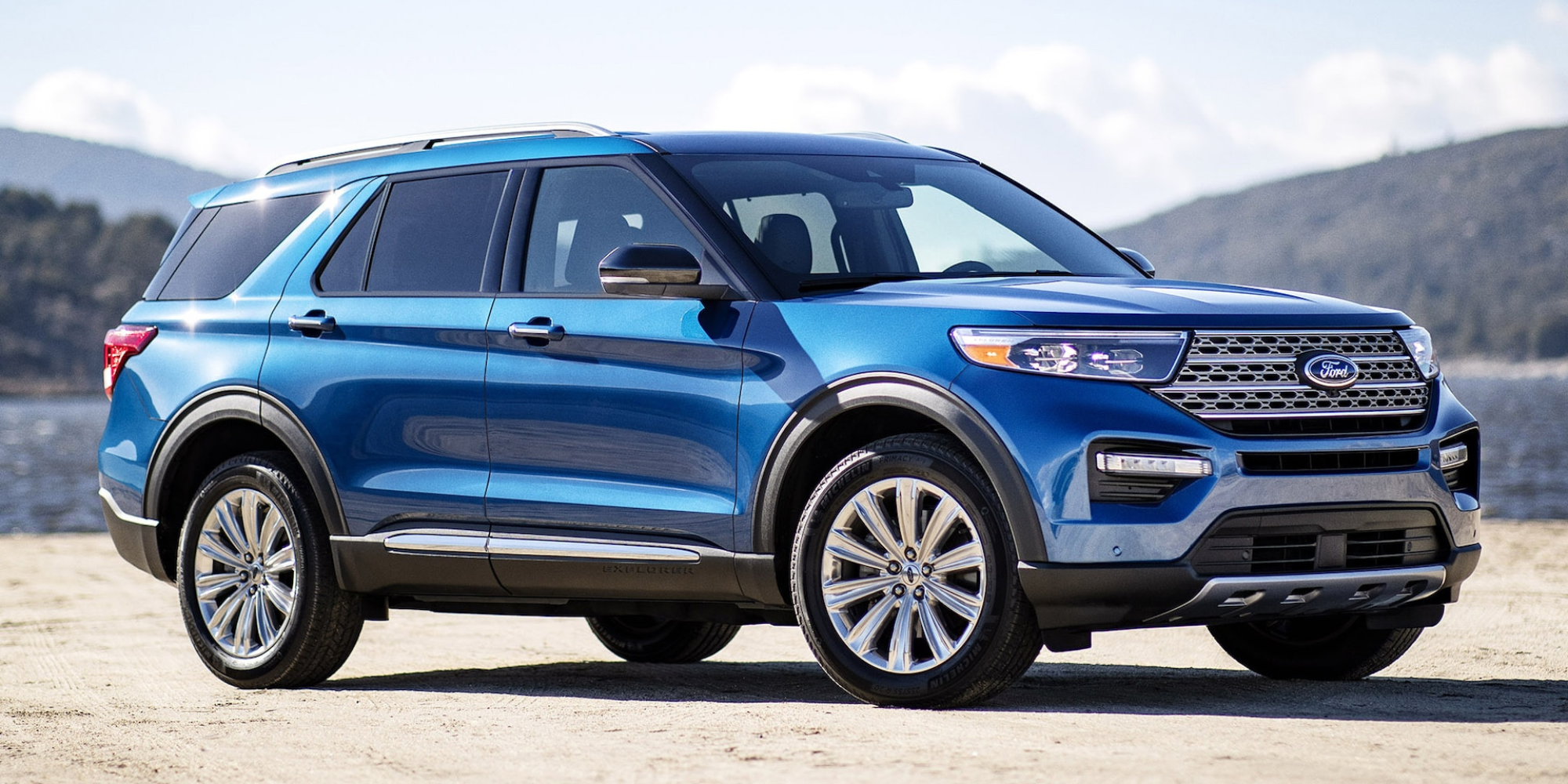 The ever-popular Ford Explorer returns as a mainstay of Ford’s vehicle lineup, and it’s no less competitive than it was before. The 2022 model offers a 4-cylinder 2.3 litre turbo engine, a 3.0 litre twin turbocharged V-6, or a 3.3 litre electrified V-6 for the ultimate in choice. Towing capacity maxes out somewhere around 5,600 pounds, which is great for those who need to tow a fishing boat to the docks.

The Explorer spots 87.8 cubic feet of storage space with all the rows folded down, which is great for those who need to use the vehicle for work or transport. In fact, the key feature of the Explorer is how versatile it is when it comes to storage and seating options. Despite its size, the Explorer nets 8.5 kilometers per litre in the city, and 11.9 on the highway.

Ford’s behemoth SUV is still one of the coolest, even though its price tag is one of the most expensive in the company’s lineup. The Expedition is the ultimate SUV in Ford’s roster, offering a multitude of configurations married to a 3.5 litre twin-turbo V-6 engine and an eye-watering 9,300 pounds of towing capacity. It seats eight people, which is more than enough for a family and some camping gear.

Its size means that it won’t hit the same levels of fuel efficiency as others in the lineup, clocking in at around 6.8 kilometers per litre in the city, and 8 kilometers per litre on the highway. Expect those numbers to drop if you’re towing something large, such as a boat. Nevertheless, there’s a lot of value for the dollar here, including the latest technology options, multi-contour massaging seats, a 15.5 inch touchscreen with SYNC Technology, and more. The Expedition takes up a lot of space and guzzles more gas than its siblings, but as far as large SUVs go, this is a top contender for the gold medal.

As Ford moves away from traditional cars and further into the SUV and Crossover market, these models will undoubtedly take on a life of their own, while inspiring new models down the road. In the meantime, this lineup is a pretty solid indicator of where the company’s vision is heading. Expect more green energy technology to replace standard engine options as the next few years tick by, which will require Ford to balance power and performance at the same time.

If you’re in the market for one of Ford’s SUVs or Crossovers, DriveAxis.ca has plenty to choose from. Contact us today, and we’ll help you hunt down exactly the right model for you, your family, and your lifestyle. 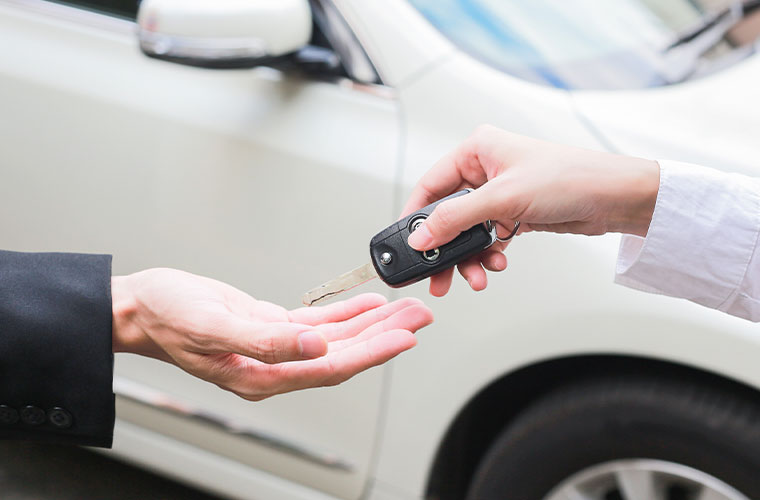 How to Determine Your Car’s Trade-in Value 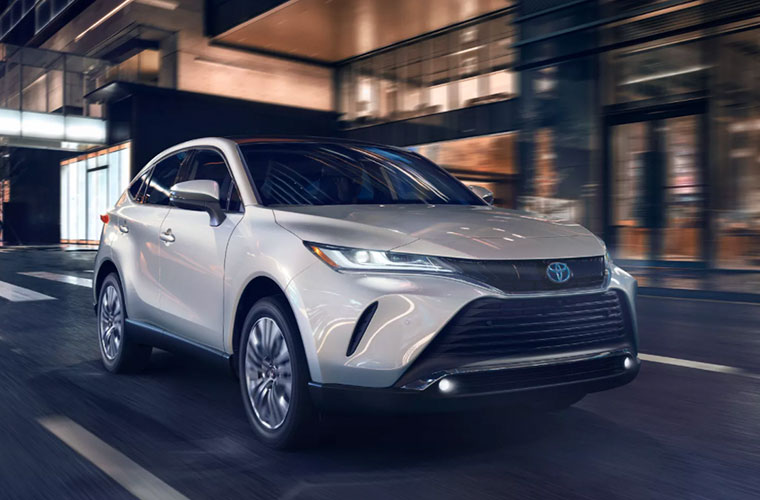