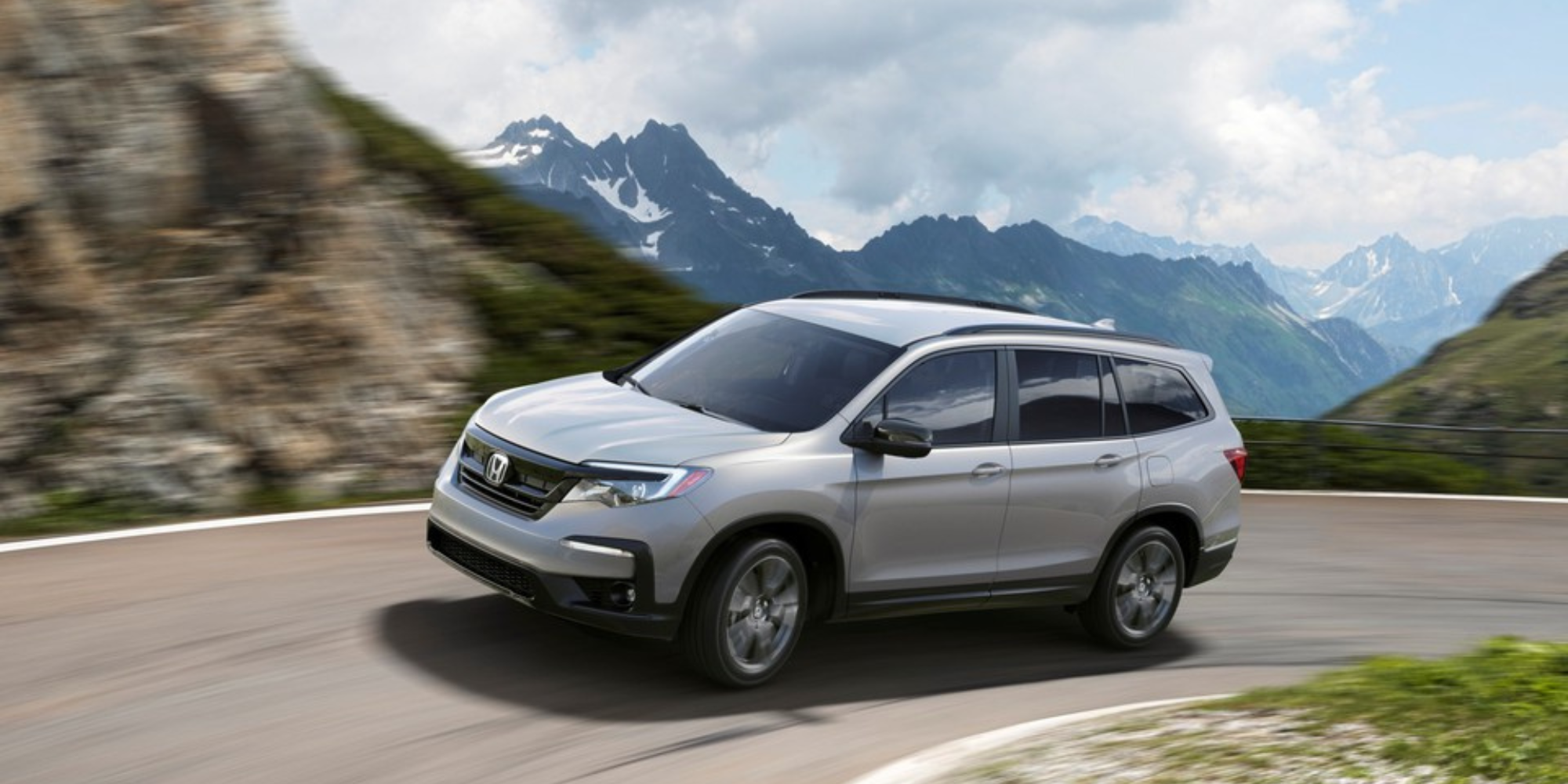 A Guide to Choosing the Right Pre-owned Honda SUV

SUVs have been a staple of the automotive market for well over two solid decades at this point, driven largely by their compact and versatile nature. They’re rugged enough for a camping trip, yet domesticated enough to haul the groceries and get the kids to soccer practice, while beating the Canadian winter all at the same time.

Honda has been a major player in the SUV market for a while now, and they continue to remain competitive with a strong lineup of models. The question is, which Honda SUV should you choose if you’re in the market for a pre-owned option? Thankfully, this guide is here to offer some suggestions so you can pick the one that best suits your lifestyle and living arrangements. 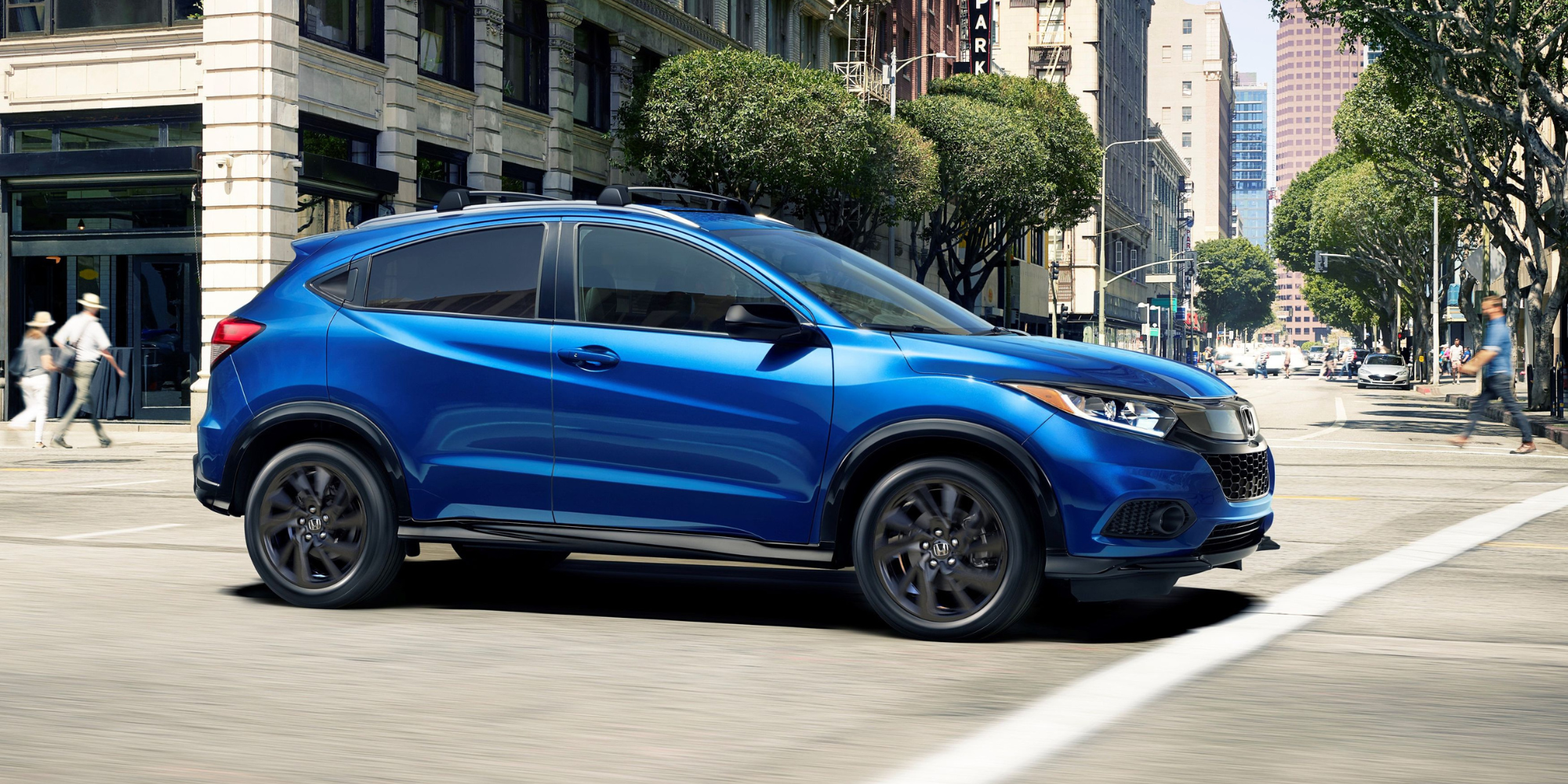 The HR-V seems to have been created as an entry-level SUV competitor versus Hyundai’s own Kona, and similar models, but it’s clearly got the goods. Ironically, the vehicle is a sort-of spiritual successor to, of all things, the Honda Fit, both of which share a subcompact design. Therefore, it’s not the largest Honda SUV of the bunch, but it is great for a small family with one or two kids, plus space for the dog and some camping equipment.

It’s less suited for those who need to haul a lot of cargo for work, or recreational purposes. With around 1,670 litres of cargo space with the rear seats folded down, it’s better served towards those who don’t need a lot of transport storage. Weekend warriors will love it, as will urbanites who need to pick up more than what the usual sedan is capable of carrying. 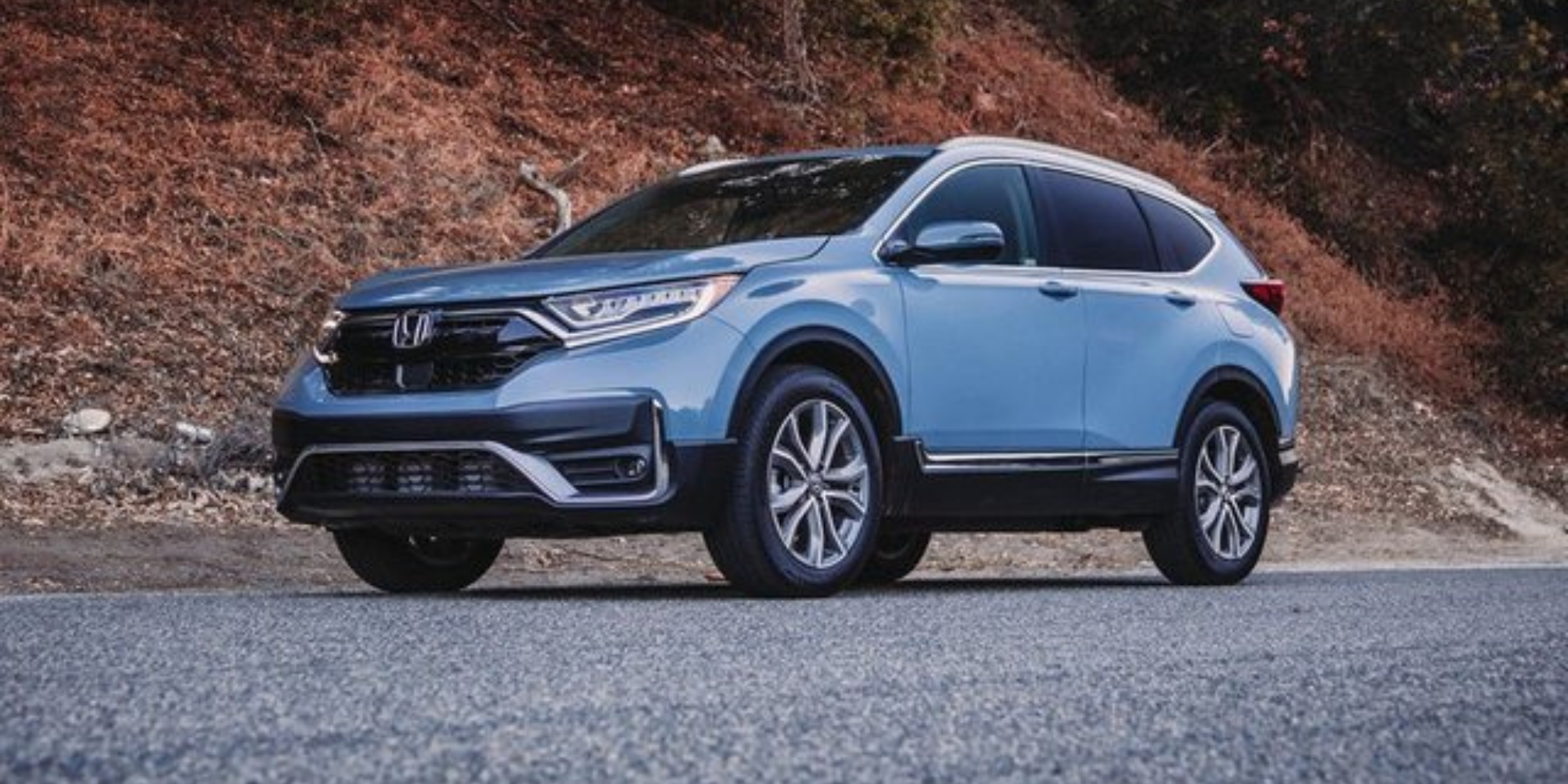 The CR-V is one of Honda’s most popular vehicles, and it’s also one of the more aggressive. It originally started out as an entry-level model, but those days are long gone. Today’s CR-Vs are classed as midrange vehicles with surprisingly good fuel efficiency, respectable maneuverability, and great cargo space.

Engine choices are nothing to sneeze at, either. The CR-V comes in a few flavors, particularly a 190hp FWD, and an optional AWD model for those who need to grind through heavier Canadian winters. It’s also a feasible option for towing, thanks to a 680 kg max capacity, which is fine for a small trailer. 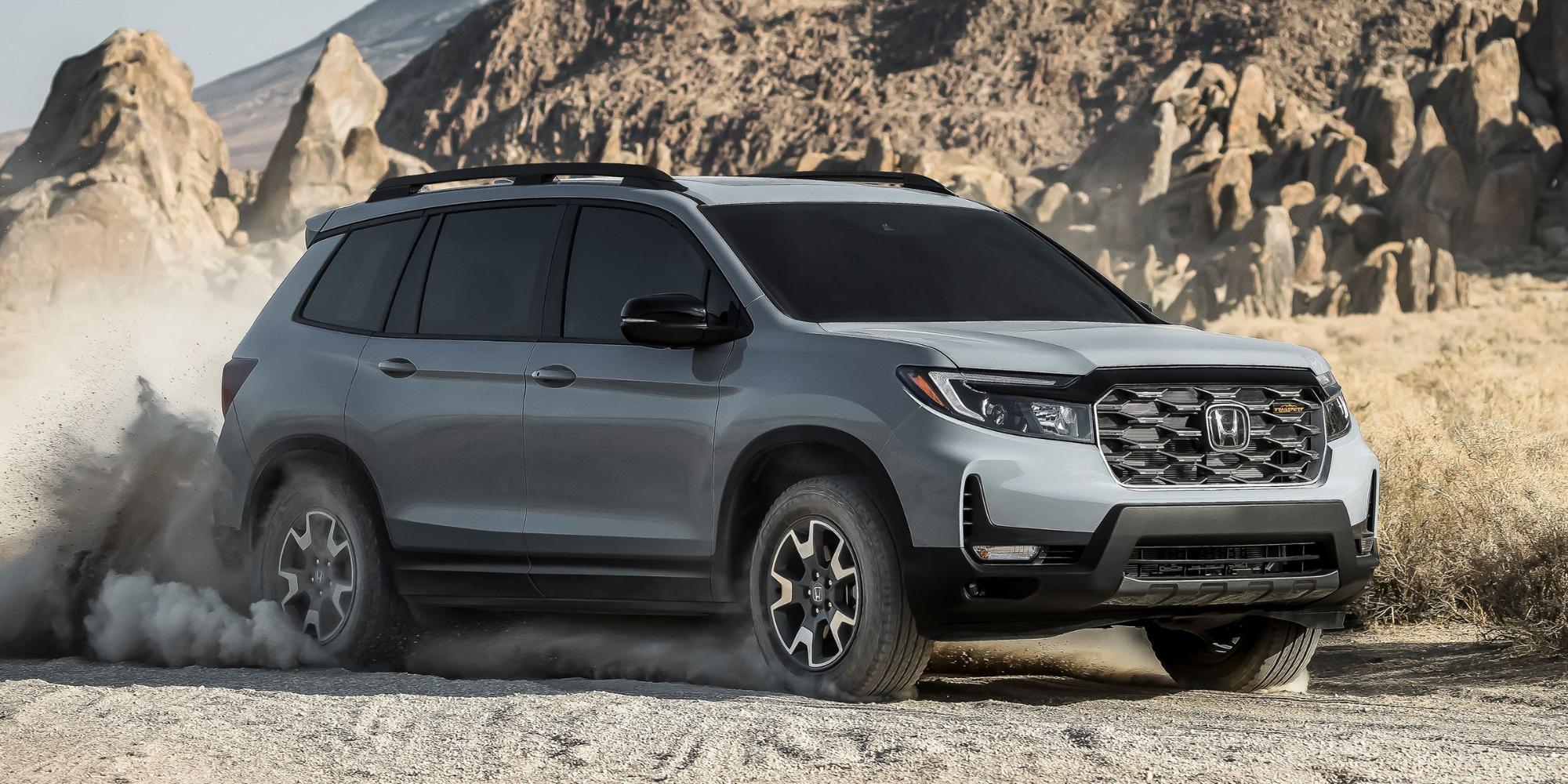 The Passport was originally a long-forgotten SUV model co-developed with Isuzu, but the vehicle made a return in 2019 as a prime midrange option that appeals to the widest customer base. The Passport can accommodate a small to mid-sized family with relative ease, but where it really shines is storage capacity - a whopping 2,850+ litres with the rear seat folded down.

It’s also no slouch under the hood, sporting a 280 hp engine capable of towing 2,270 kg (with towing equipment add-on), which is more than enough for a medium sized trailer or similar object. Perhaps the best part about the Passport is that it was Honda’s first true SUV model way back when, which gives it a symbolic status all its own. 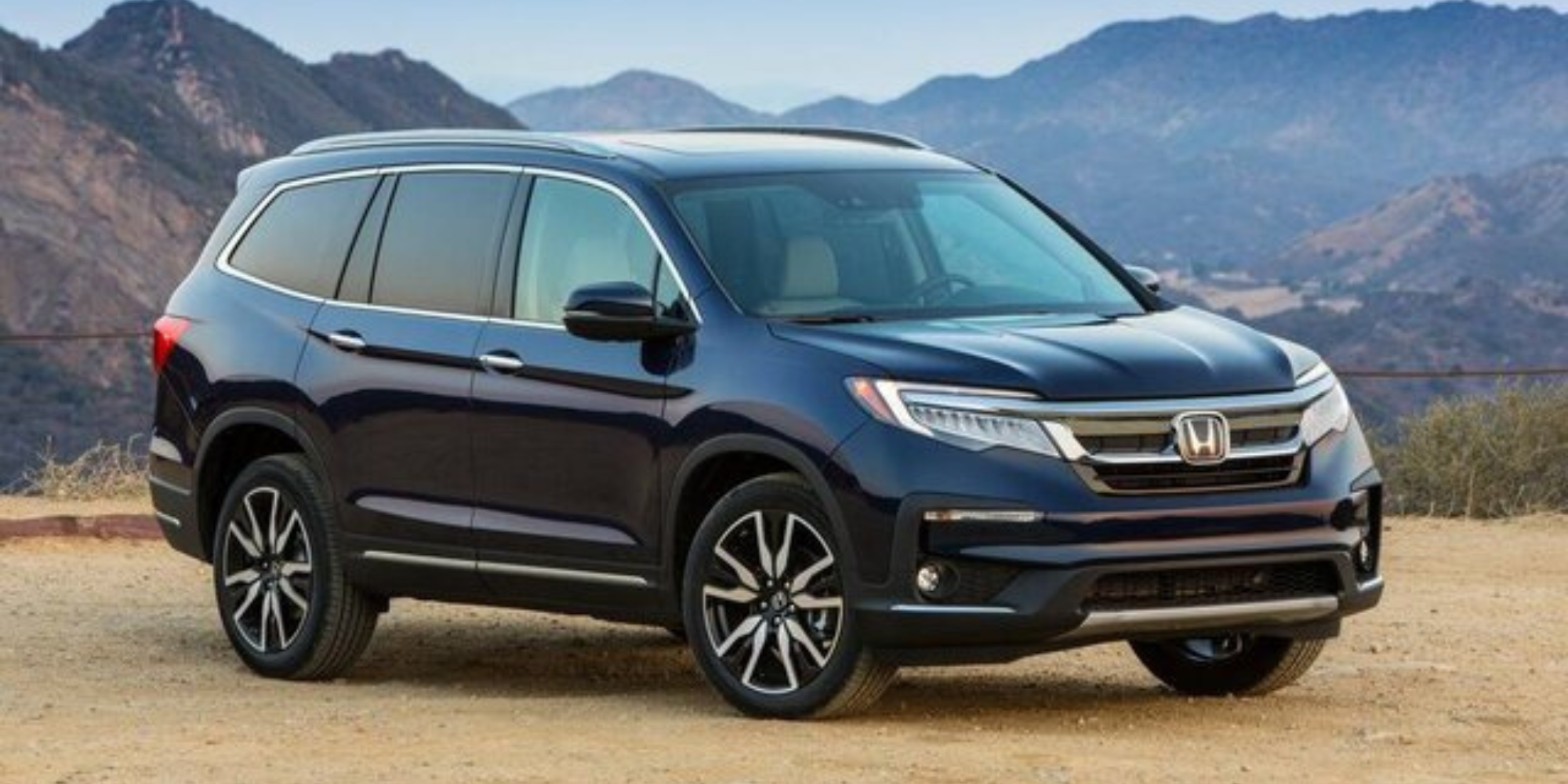 The Pilot is one of Honda’s most recognizable SUV names, both in terms of styling and badge name. It’s easily Honda’s biggest and baddest SUV, capable of accommodating up to 8 people at a time.

Therefore, it isn’t quite as feasible for singles, or small families, as it tends to be a bit on the overkill side. However, those who require maximum cargo and towing capacity from a Honda SUV will find this model is right up their alley. At full capacity, the Pilot can store 3,092 litres maximum, which is pretty astonishing. It also has an engine capable of keeping up with all that weight, courtesy of a 280 hp 3.5-litre V6 engine and a nine-speed automatic transmission.

WHICH MODEL IS RIGHT FOR YOU?

The Honda SUV model you choose will be determined by your individual and family needs. That being said, Honda has covered all the demographic bases here, offering an SUV model for practically everyone. Best of all, each model comes loaded with a ton of tech and safety features that drivers expect and demand from today’s vehicle lineup.

If you’re a Honda diehard fan in search of a quality pre-owned SUV, but having trouble deciding on the right one, we’re here to help. DriveAxis.ca has thousands of high-quality pre-owned vehicles in our inventory, and we know Honda inside and out. Contact us today, and we’ll help you find the right model that best suits your needs. 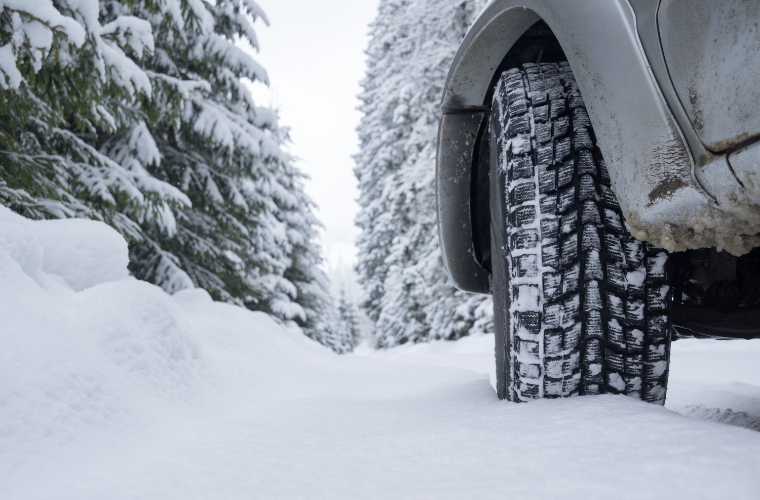 Everything You Need to Know About Winter Tires, And Then Some

What Car Can You Afford? - A Guide to Car Buying