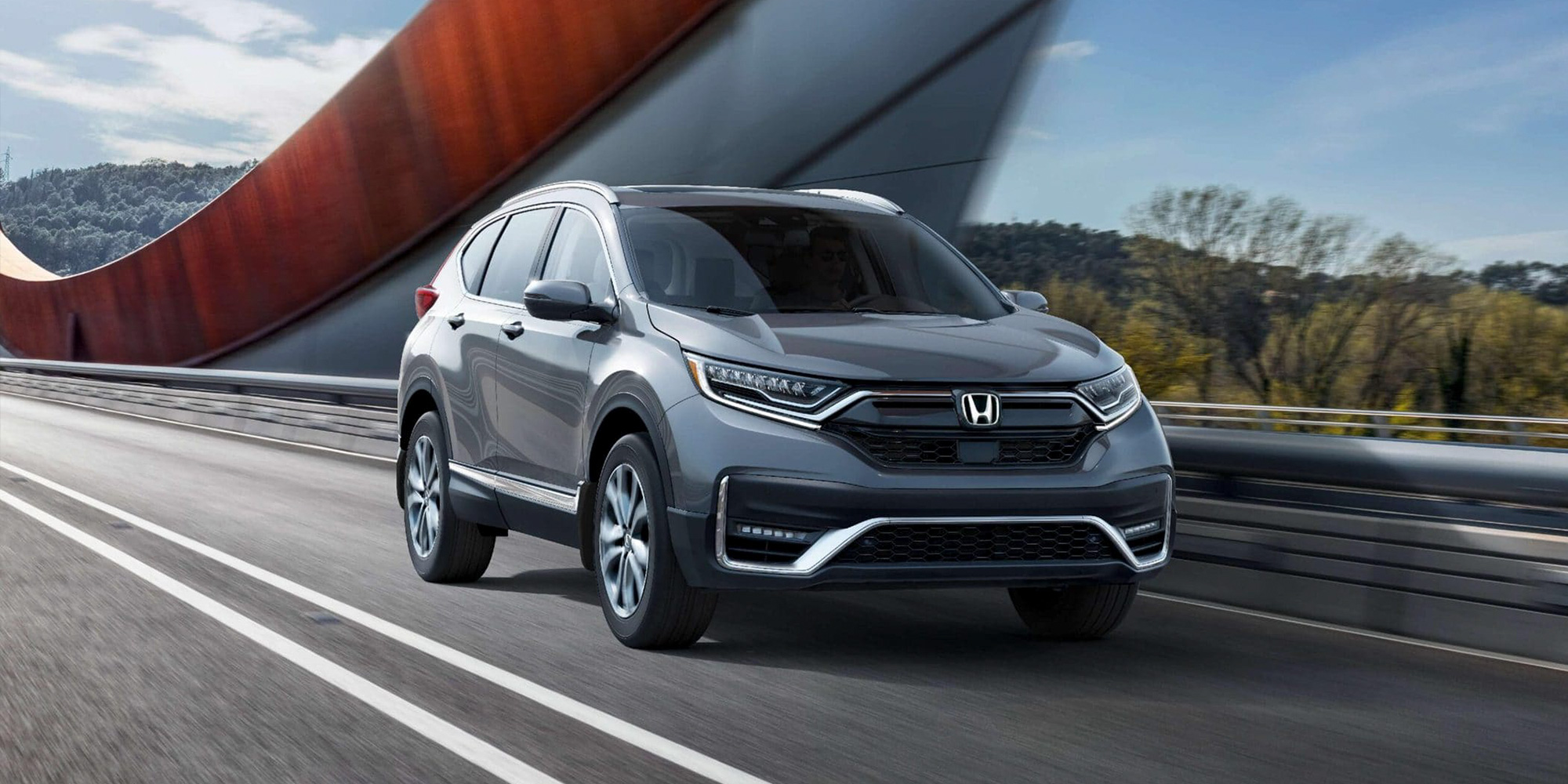 Most Popular Used SUVs in Canada

Faced with severe snowstorms and inclement weather throughout the year, it’s no wonder that Canadians drivers show a strong preference for SUVs. These sturdy and powerful vehicles have demonstrated their reliability when it comes to getting to their destinations safe and sound. And with many families adopting them as their preferred method of transportation, the SUV has become an entrenched part of the Canadian experience.

Owing to their immense popularity, used SUVs have been highly sought-after commodities in the Canadian car market. And while drivers each have their own preferences, there are specific car brands and models that have shown themselves to be this country’s top picks.

According to DriveAxis.ca’s own sales data, here is our list of the most popular used SUVs in Canada: 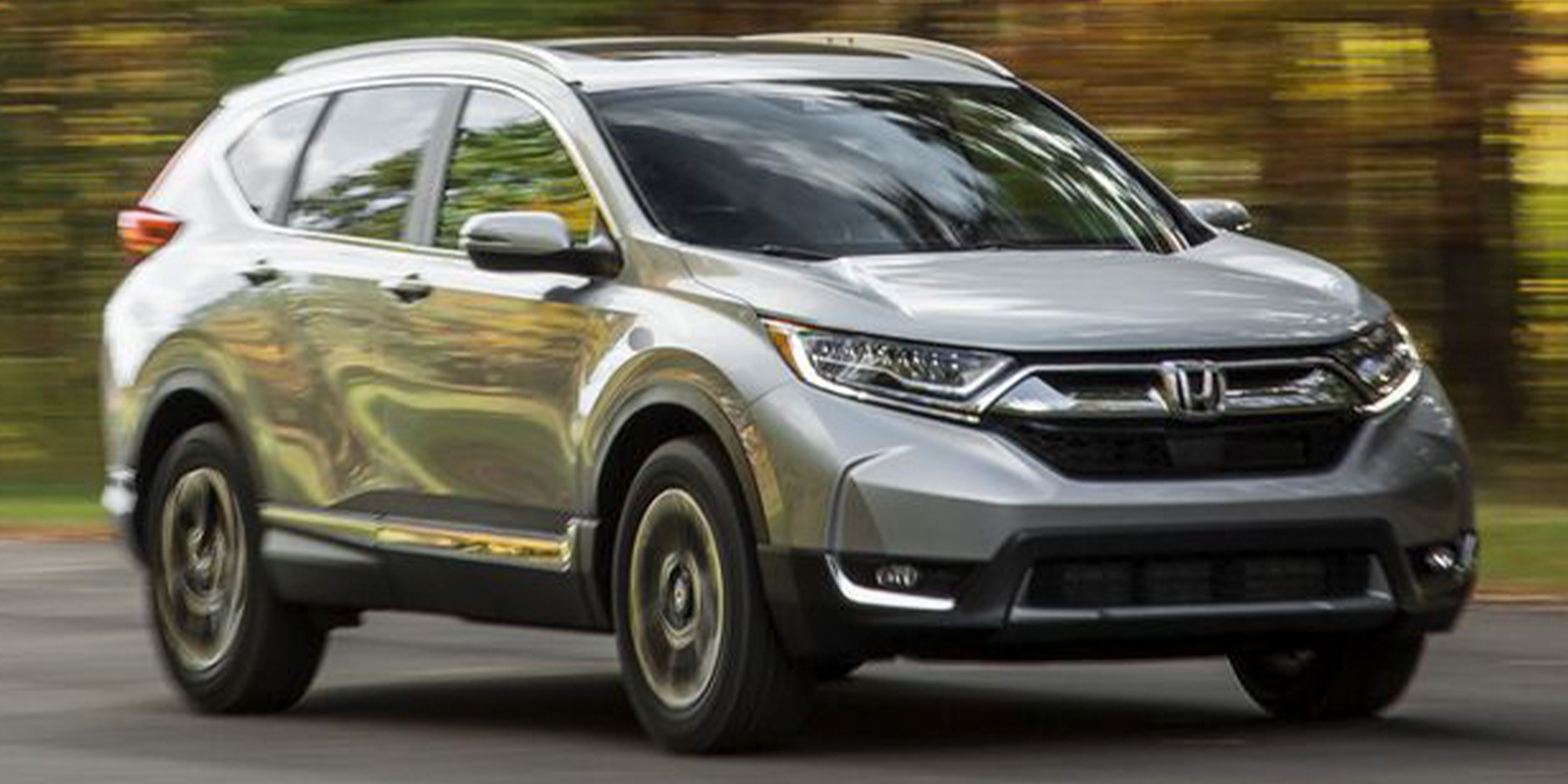 Honda’s best-selling SUV has maintained its position as a top-selling car in Canada. Having reached its fifth generation, the current iteration of this compact crossover continues to impress with features that include great fuel economy, spacious cargo room, and roomy rear seat legroom.

Although the Canadian version doesn’t offer a choice of engines like the US version, the CR-V still impresses with its turbocharged 1.5L engine that brings the vehicle to life. Boasting a frame that is 1” higher and positioned on a 1.6” longer wheelbase, the fifth-gen CR-V welcomes passengers with a roomy cabin equipped with 5 or 7 seats that allows for easy entry and exiting.

In addition to passenger comfort, the CR-V offers a comfortable ride with natural steering, confident handling, and excellent visibility in addition to generation-specific upgrades that include LED headlights and taillights, dual exhaust, land short and hood overhangs.

In the wake of so many new car purchases, the CR-V has become immensely popular in the Canadian used car market. 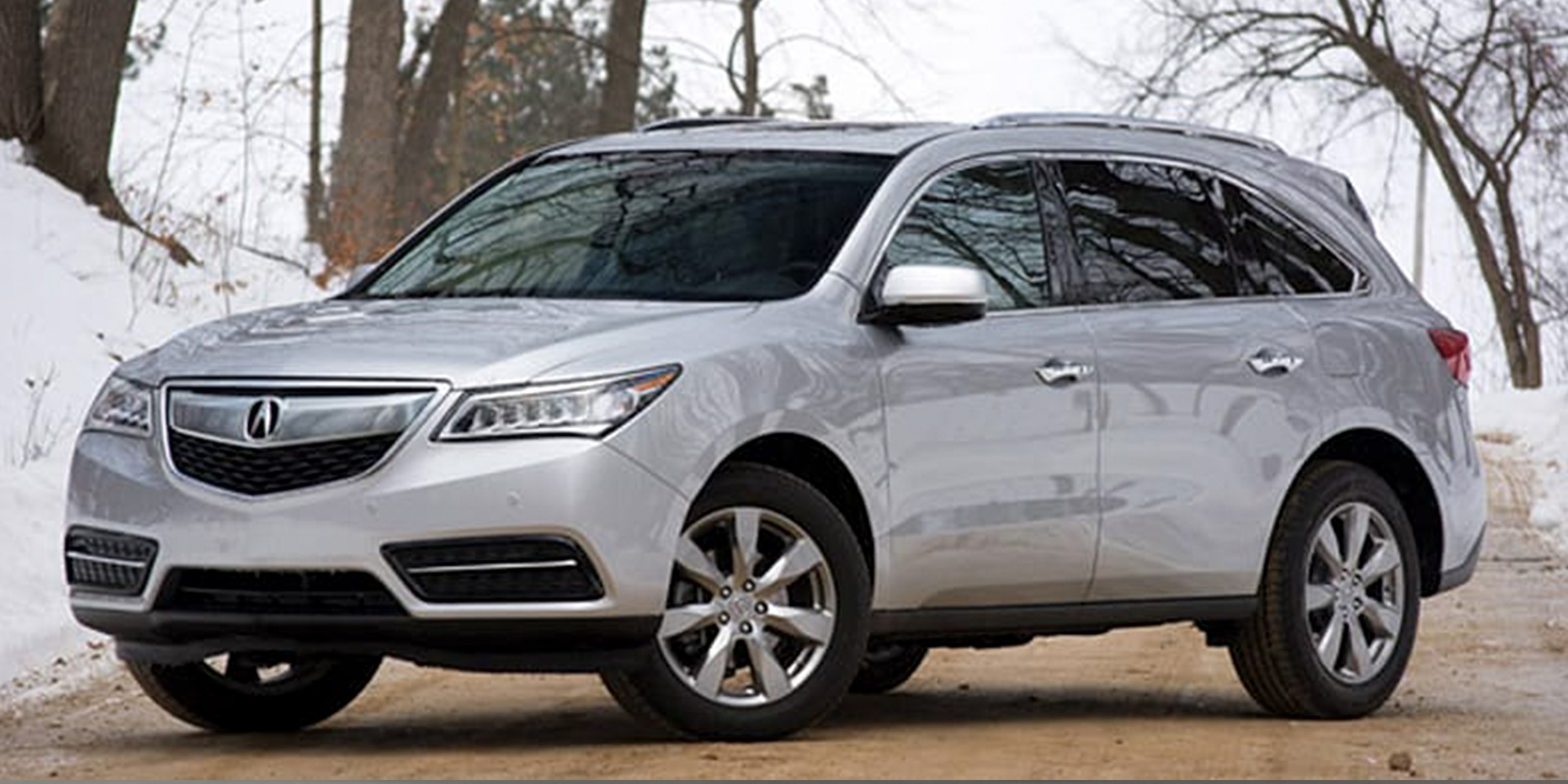 Since first emerging on the market in 2000, Acura’s popular MDX has endeared itself to Canadian drivers looking to incorporate luxury into their daily commutes. With no shortage of comfort or features, the MDX has become a top choice for Canadian drivers as a used SUV.

Short for Multi-Dimensional luXury, the MDX has firmly established itself as one of the premier SUVs to drive in Canada. The mid-size luxury crossover offers a spacious cabin, three-row seating with room for up to 7 people along with easy back-row access, abundant cargo space, and a smooth V6 engine.

And with third-generation upgrades that include additional luxury features, optional AWD, and advanced driver-assisted tech, the MDX impresses with its sporty attitude and redesigned grill. Having been recognized by Kelly Blue Book as a Best-Buy Luxury SUV/Crossover, it’s clear to see why the Acura MDX is in such hot demand as a used SUV. 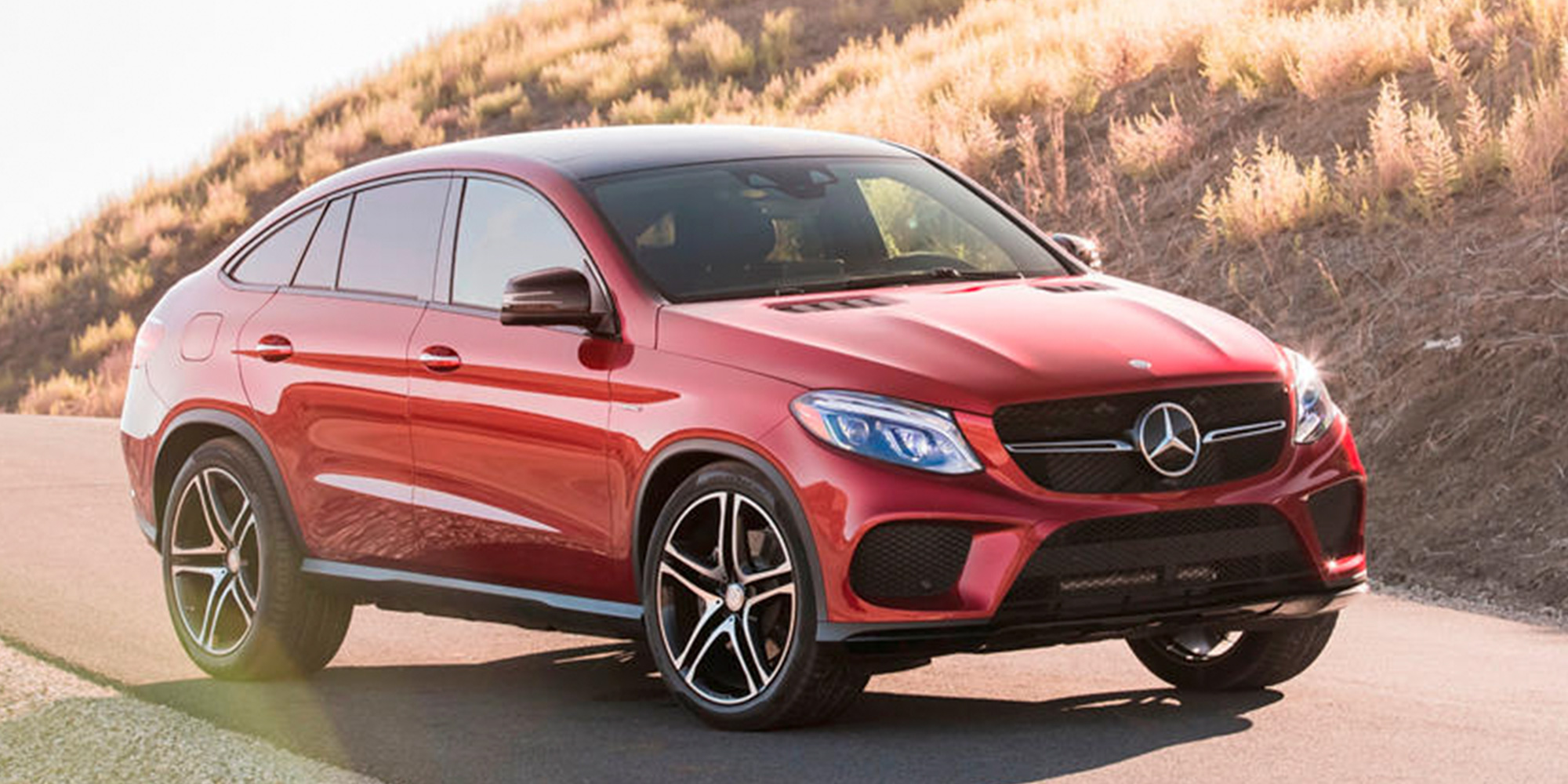 Having first begun in 2015 as the third generation transition of the ML-Class, the Mercedes-Benz GLE has found a place of its own as a crowd-pleasing luxury vehicle.

Featuring a luxurious cabin filled with high-tech features and assuring safety aids, the GLE dazzles with its variety of engine choices and smooth handling that make it so appealing as an upmarket car for small families.

Now that this outstanding Mercedes-Benz SUV model has entered its second generation, Canadian drivers that enjoyed older iterations of the GLE will be more than pleased with its latest upgrades. These include voice activation features as well as packaged safety features such as blind spot assist, active brake assist, attention assist and active parking assist. Rounding out the GLE’s standard features include LED headlamps and tail lamps as well as smartphone integration with Apple CarPlay and Android Auto.

Available in variations that include the GLE 350 and the GLR 450 with its 3.0-liter, 362-horsepower turbocharged inline six cylinder engine, the Mercedes-Benz GLE is a used SUV that makes for a smart recommendation. 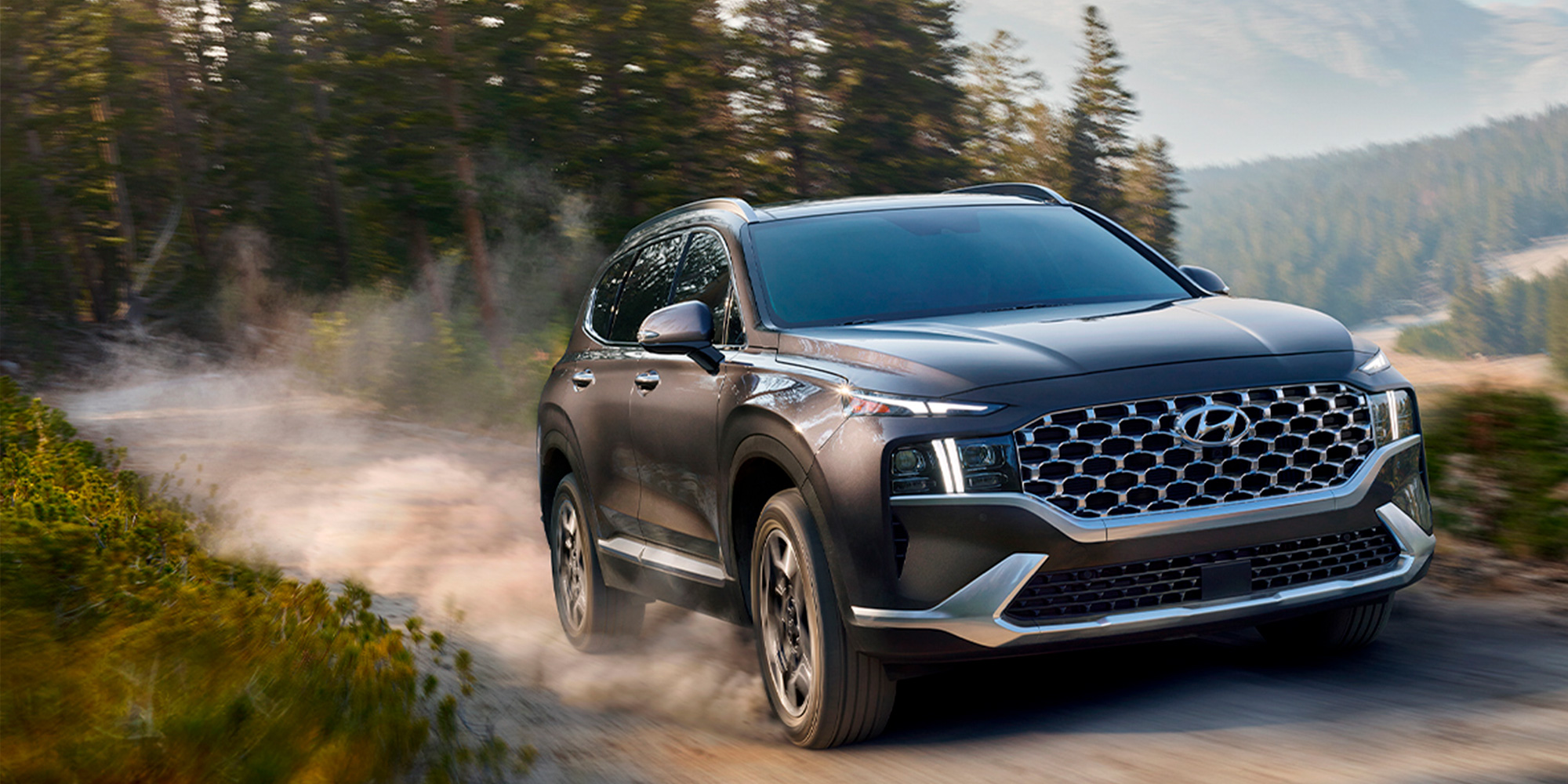 As an affordable vehicle that provides a lot of value, the Hyundai Santa Fe is a SUV that is difficult to pass over. Like other vehicles in the Hyundai lineup, an increasing number of Canadian drivers are discovering the many benefits of owning this vehicle as a used SUV.

As a customer favourite known for its reliability, the Santa Fe offers plenty of cargo space, a fuel efficient engine lineup and a comfortable and luxurious ride. With models lasting upwards of 300,000 kilometres, the Santa Fe has made a reputation for its style, safety tech, and dependability.

The third generation of the Santa Fe continues to up the ante with further upgrades that sweeten the pot for Hyundai enthusiasts. This iteration seats up to 7 full-sized adults, and includes high-end features that would be more at home in luxury vehicles with higher prices. What’s more, having been recognized as a reliable car according to JD power surveys, the Santa Fe is an in-demand product in Canada’s used car market. 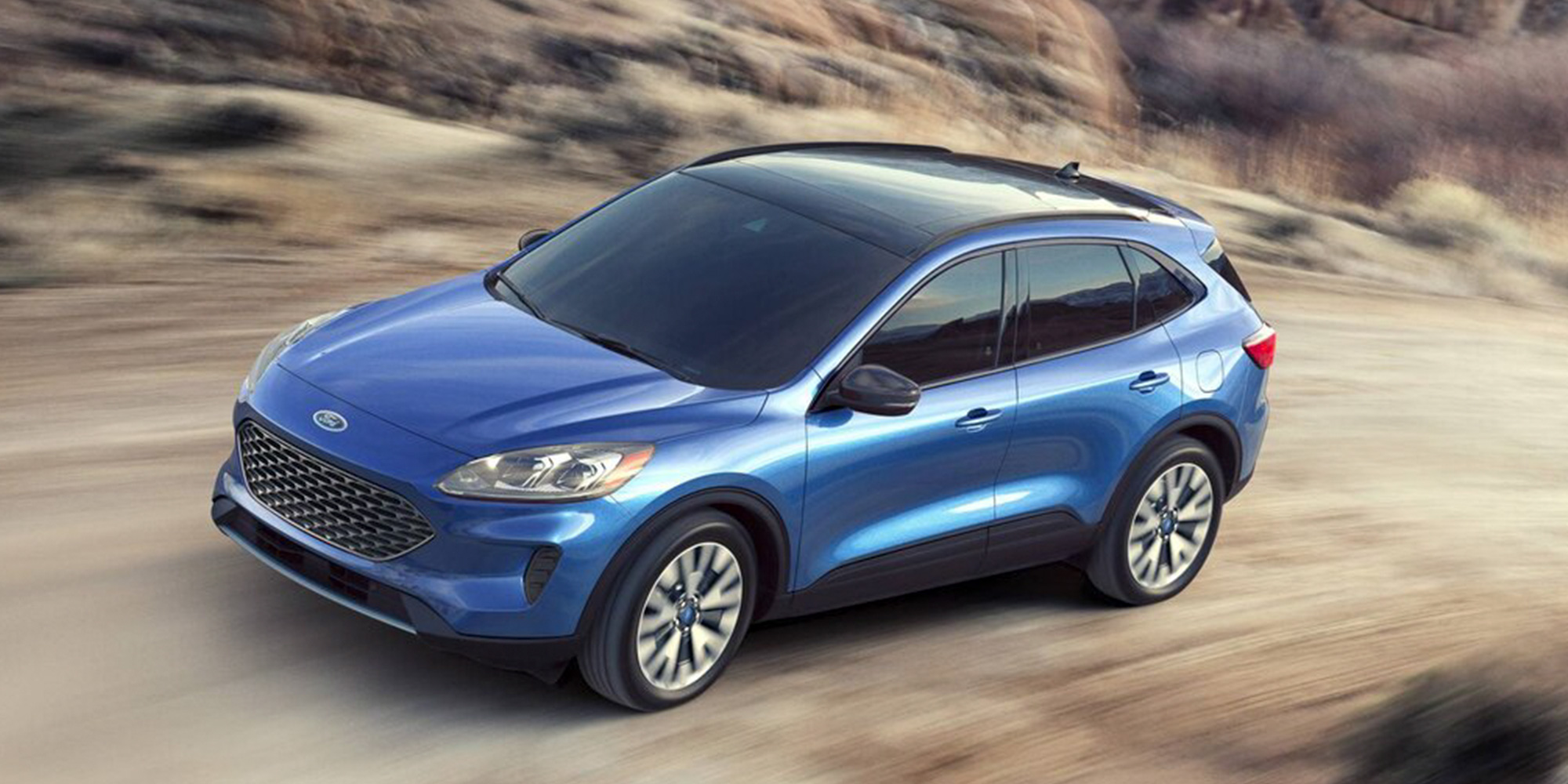 As much as they love their pickups, Canadian drivers love their Fords. With the Ford Escape, drivers here can enjoy the famous Ford power but be packaged in the comfort and roominess of a SUV.

The Ford Escape features a 2.0-L turbocharged engine that provides able acceleration and strong towing capacity. In the cabin, the compact crossover offers plenty of cargo space and a sedan-like ride.

The third generation of the Ford Escape comes in four variants, in which the lowest tier “S” comes with steering wheel audio controls and SYNC voice command, while the highest tier “Titanium” comes with a Sony audio system, ambient lighting, keyless ignition and entry, full leather upholstery, and a power panoramic sunroof.

To recap, here are our top-selling used SUVs:

Best of all, all of these used SUVs are currently available at DriveAxis.ca! Browse through our extensive online inventory to see what we have to offer! We deliver our cars straight to your home, and come with a 7-Day Return or Exchange Guarantee for full customer satisfaction!

Get your next car with DriveAxis.ca – The Online Way to Buy a Used Car™. 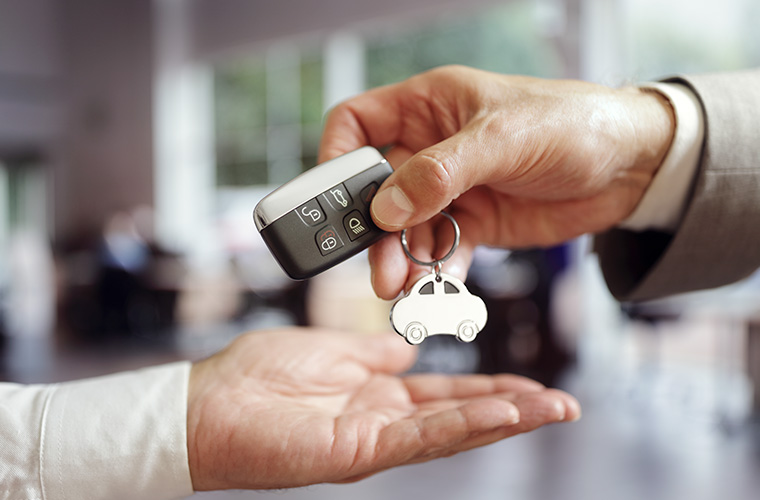 How to Trade In a Used Car You Owe Money On 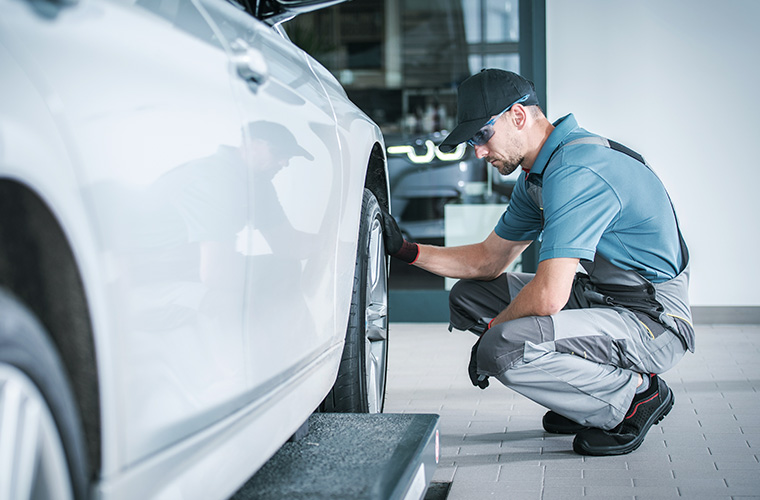 Do I Need Extended Warranties and GAP Insurance for My Car?